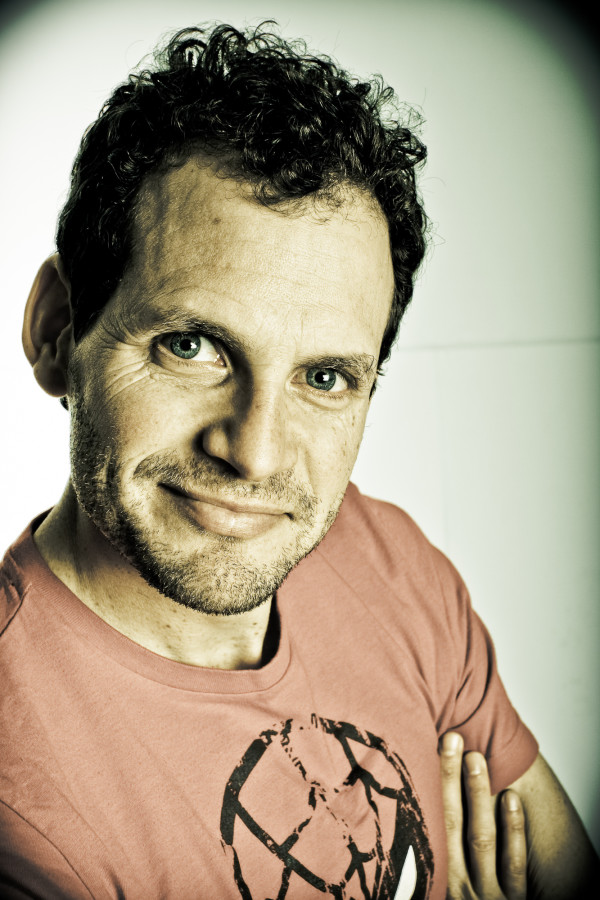 Stand up comic Nik Rabinowitz grew up on a farm in Africa, climbing trees and commentating on his own rugby games in three of South Africa’s eleven official languages. He was raised on the mean, green streets of Constantia, Cape Town, a world of ride-bys, piano lessons, and unrelenting love and financial support from family members.

Despite all this hardship he has still managed to be moderately successful, sporting a list of achievements the likes of which many can only aspire to. For instance, he once posed nude. Not because anyone asked him to, he just did it. Also, he represented South Africa at the Jewish Olympics, which is like the Special Olympics, with more accountants.

[Little known fact: Rabinowitz is rumoured to be an extraordinarily talented cricketer. In fact, his leg-spinning prowess was so great that Pakistani bookmakers bankrolled his comedy career to keep his stunning skills out of the international arena.]
From a young age, when no-one was looking, he would pretend to be his own praise-singer. For example: “Nik Rabinowitz! Makes toast like a warrior, hunts peanut butter like a lion! Breakfast foods tremble in his presence”. Later, at the Waldorf School, he learned how to grow his own veggies, express his feelings through interpretative dance, and crochet his own underpants.

International appearances include Australia, Canada, Holland, the United Kingdom, the USA, and Zimbabwe. He’s been a guest on BBC 2’s Mock the Week, performed at London’s Royal Albert Hall, and intentionally driven on the wrong side of the road in Nigeria. His major claim to fame remains the fact that he was born in a stable, and is one of only two Jewish boys in the last two thousand years to have done so.

Thank you for subscribing to our newsletter.

Thank you for getting in touch with us.